Of these three it is the basecoat that is the most important (in terms of passive fire protection)... this is the component that reacts to a fire.

This diagram shows the recommended coatings over mild steel. Consult with the intumescent paint coating manufacturer for their approved primer and topcoat... these vary from product to product.

All surfaces should receive an abrasive blast to SA2.5 prior to applying the approved primer.

Always refer to the relevant technical datasheet prior to use to ensure a product is suitable for your application.

Visit the manufacturer's website to find the relevant datasheet or check our own library of datasheets that are regularly udated. 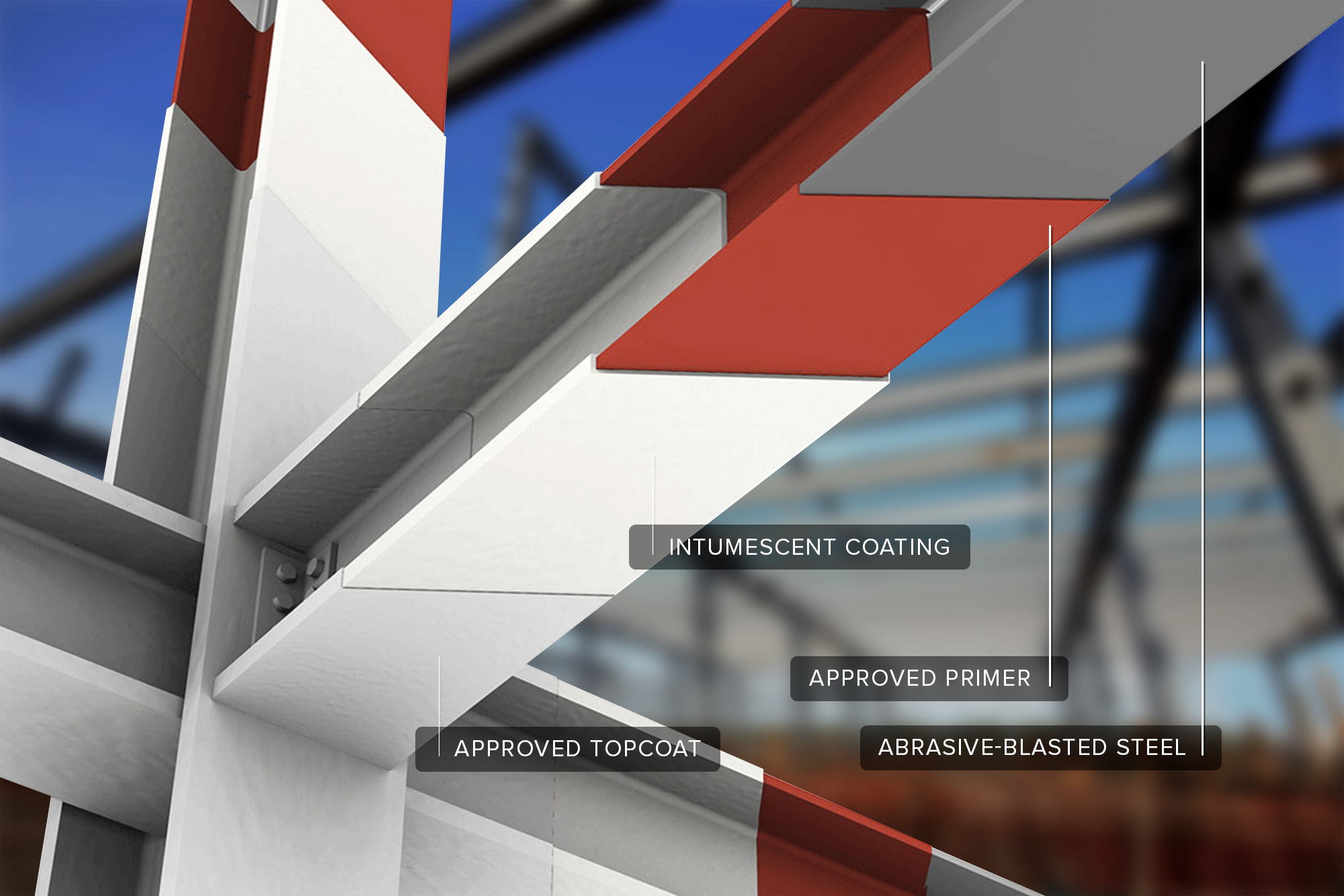 The primary purpose of the primer is to assist with the adhesion of the basecoat to the steel. It should be applied in strict accordance to the manufacturer's data sheet in order to function correctly. Primer coats generally have a dry film thickness (DFT) of between 75 and 100 microns.

Newer products such as Nullifire SC902 and Interchar 3120 for internal steel applications can go over blasted steel that has tightly adhered rust with no primer.

Note: this is only for internal structural steel elements within the enclosed building elements.

As already mentioned, the basecoat is the component that does all the heavy lifting.

It achieves its protective properies through these components:

The primary purpose of the sealer is to protect against degredation of the basecoat. Thick film intumescent coatings may also need a sealer to prevent chalinking in situtions where the structure is exposed to ultraviolet or moist conditions.

Sealers also perform a decorative function in some applications. Various levels of finish can be applied depending on aesthetic requirements and budget.

In some instances, however, a sealer may not be necessary.